Muse: Will of the People World Tour with Evanescence Tickets

Muse is a fantastic act to watch live on stage because like all the real fans know, they are the real deal and better still they will be bringing Evanescence with them at the Vivint Arena on Thursday, April 20th 2023. The concert will celebrate Muse’s new album, Will of the People. If there is one thing you really don’t want to miss out on, it will have to be this concert and you better be quick because fans and critics alike will be rushing to get theirs, but you can buy your tickets right here and right now before they are all sold out. 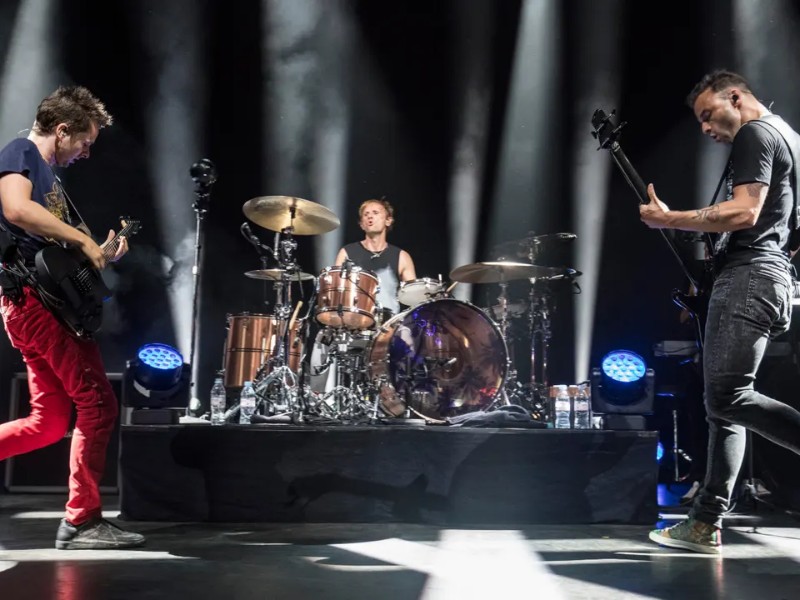 You have to see them live at least once in your life and if you’ve already seen them once, see them twice or thrice or however many times you need to because the Muse is one of the best live acts to have ever graced a stage.

The Muse is made up of a three member team Matt Bellamy (lead vocals, guitar, keyboards), Chris Wolstenholme (bass guitar, backing vocals), and Dominic Howard (drums) who not only created some of the best Prog-rock music ever but have also collected multiple awards at the same time.

The band has been wowing fans with hits such as Hysteria, Uprising, Plug in Baby, Dig Down and so much more from nine studio albums, and now they bring you their latest offerings, Will of the People, their latest album and also the name of their tour. Evanescence will be the special guest for this show, and they too have a very similar profile to that of the Muse.

Both bands are known for their chest thumping sound, over the top theatrics and like all the real fans know. This show is going to sell out very fast and if you are not quick you are going to miss out. Buy your tickets right here.